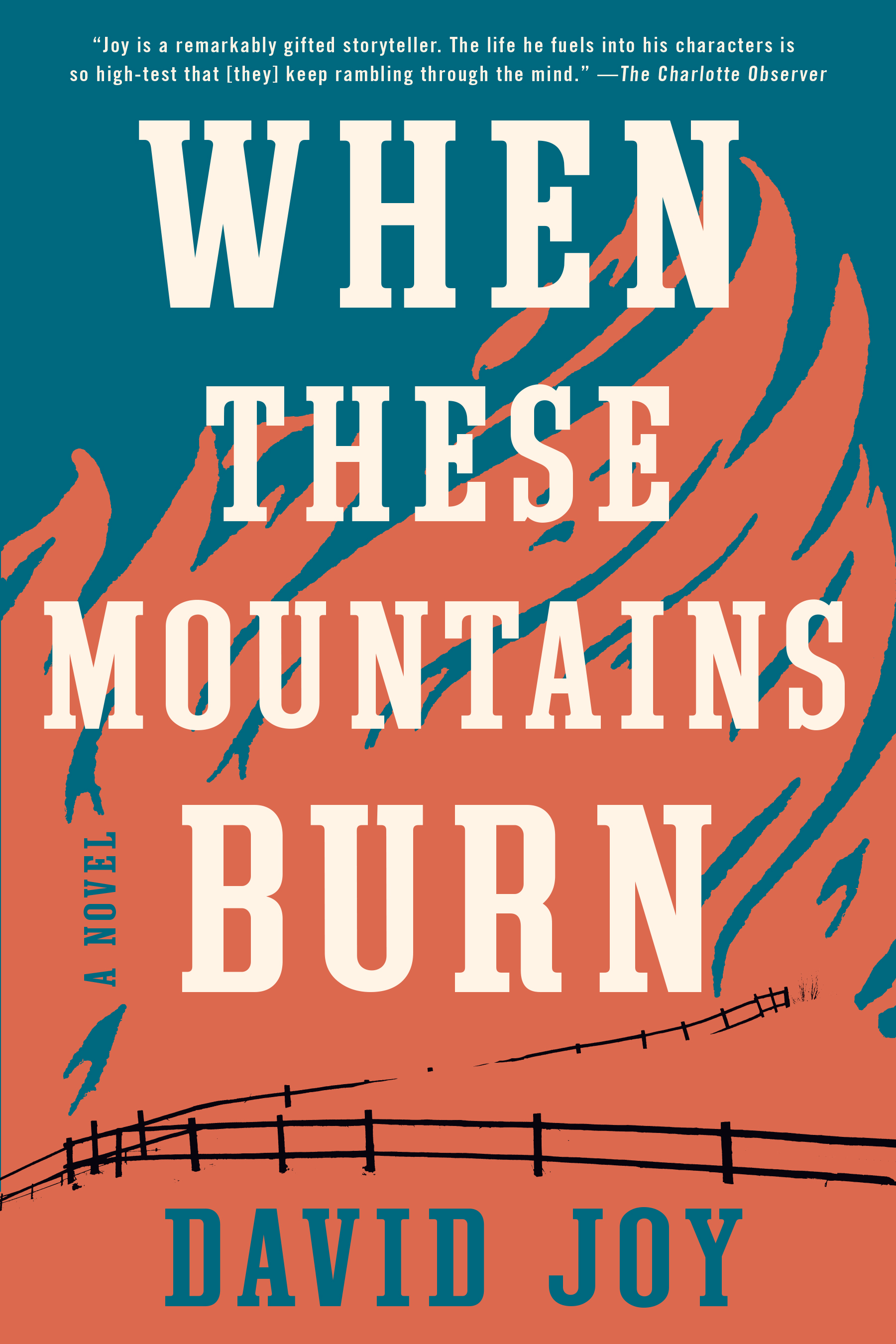 When These Mountains Burn

Putnam, 2020
Acclaimed author and “remarkably gifted storyteller” (The Charlotte Observer) David Joy returns with a fierce and tender tale of a father, an addict, a lawman, and the explosive events that come to unite them.

When his addict son gets in deep with his dealer, it takes everything Raymond Mathis has to bail him out of trouble one last time. Frustrated by the slow pace and limitations of the law, Raymond decides to take matters into his own hands.

After a workplace accident left him out of a job and in pain, Denny Rattler has spent years chasing his next high. He supports his habit through careful theft, following strict rules that keep him under the radar and out of jail. But when faced with opportunities too easy to resist, Denny makes two choices that change everything.

For months, the DEA has been chasing the drug supply in the mountains to no avail, when a lead–just one word–sets one agent on a path to crack the case wide open . . . but he’ll need help from the most unexpected quarter. 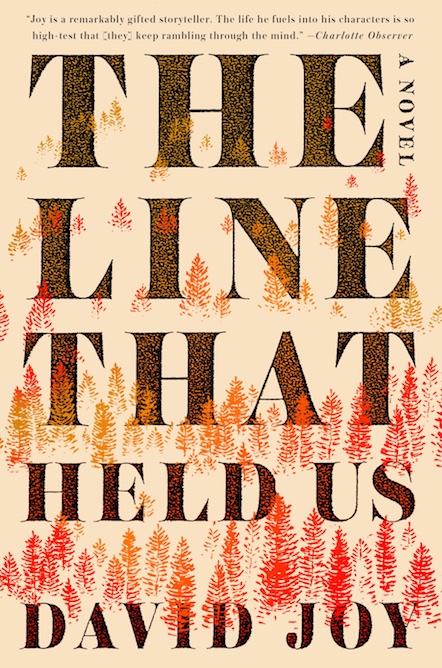 The Line That Held Us
Putnam, 2018
An accidental death, and the cover-up that follows, sparks a dark series of events that reverberates through the lives of four people who will never be the same again.

When Darl Moody went hunting after a monster buck, a kill that could make the difference between meat for the winter and an empty freezer, he never expected he’d accidentally shoot a man digging ginseng. Worse yet, he’s killed a Brewer, a family notorious for vengeance and violence.

With nowhere to turn, Darl calls on the help of the only man he knows will answer, his best friend, Calvin Hooper. But when Dwayne Brewer comes looking for his missing brother and stumbles onto a blood trail leading straight back to Darl and Calvin–and to Calvin’s girlfriend, Angie–a nightmare of revenge rips apart their world.

A story of friendship and family, The Line That Held Us is a tale balanced between destruction and redemption, where the only hope is to hold on tight, clenching those you love.  From a writer whose stories are “like a pull from a bottle of Appalachian moonshine: smooth and elegant with a punch in the gut that lingers a while after you’re done” (Garden & Gun), Joy’s book is another masterwork of Southern noir.
Available from these fine retailers:
Paperback
AmazonBarnes & NobleBooks A MillionBookshopHudson BooksellersIndie BoundPowell'sTargetWalmart
Hardcover
AmazonBarnes & NobleBooks A MillionBookshopHudson BooksellersIndieBoundPowell'sTargetWalmart
Ebook
AmazonApple BooksBarnes & NobleBooks A MillionGoogle PlayKobo
Audio
Apple BooksAudibleAudiobooks.comAudiobookstore.comGoogle PlayKoboLibro.fm 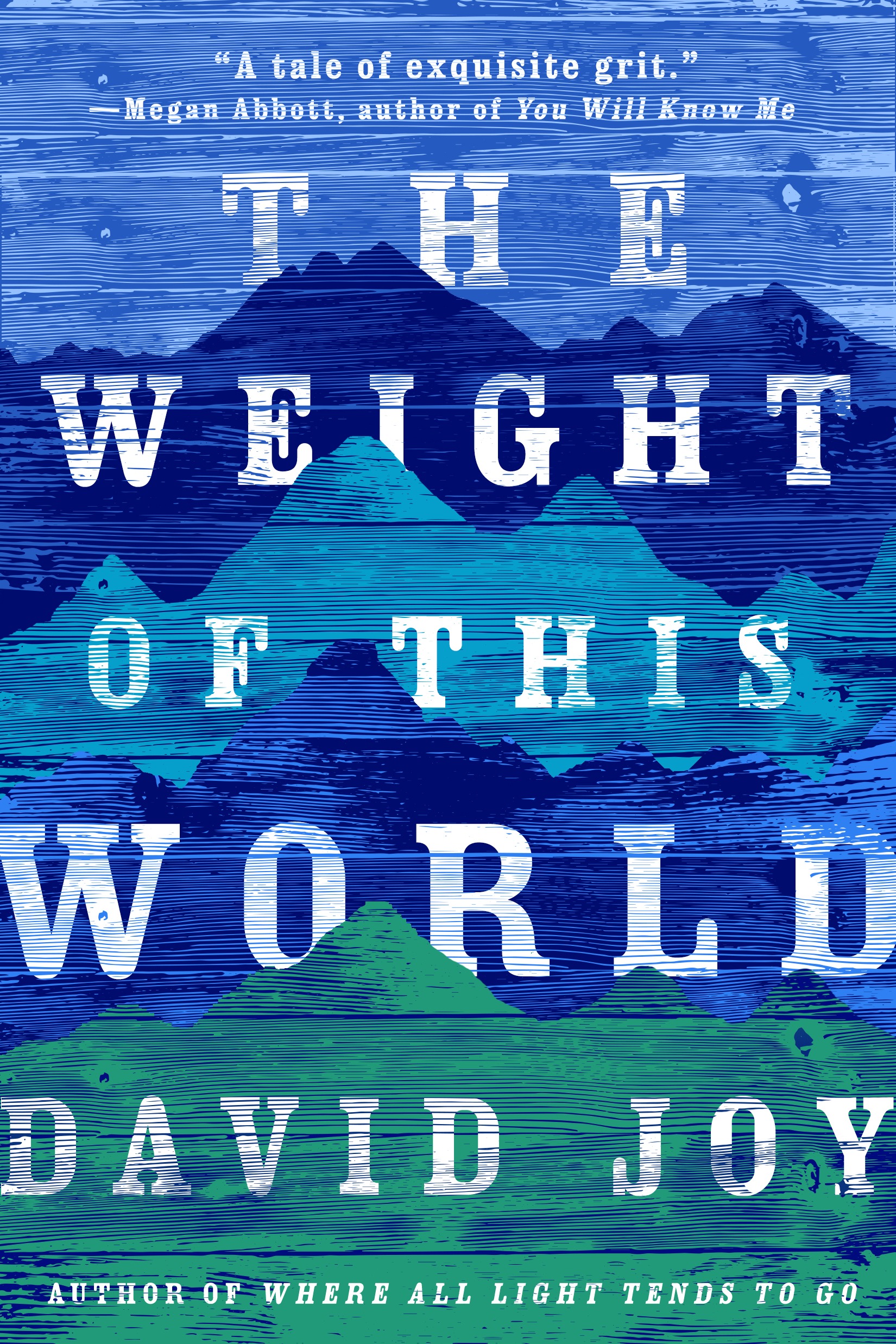 The Weight Of This World
Putnam, 2017
Critically acclaimed author David Joy, whose debut Where All Light Tends to Go was hailed as “a savagely moving novel that will likely become an important addition to the great body of southern literature” (The Huffington Post), returns to the mountains of North Carolina with a powerful story about the inescapable weight of the past.

A combat veteran returned from war, Thad Broom can’t leave the hardened world of Afghanistan behind, nor can he forgive himself for what he saw there. His mother, April, is haunted by her own demons, a secret trauma she has carried for years. Between them is Aiden McCall, loyal to both but unable to hold them together. Connected by bonds of circumstance and duty, friendship and love, these three lives are blown apart when Aiden and Thad witness the accidental death of their drug dealer and a riot of dope and cash drops in their laps. On a meth-fueled journey to nowhere, they will either find the grit to overcome the darkness or be consumed by it.
Available from these fine retailers:
Paperback
AmazonBarnes & NobleBooks A MillionBookshopHudson BooksellersIndie BoundPowell'sTargetWalmart
Ebook
AmazonApple BooksBarnes & NobleBooks A MillionGoogle PlayKobo
Audio
Apple BooksAudibleAudiobooks.comAudiobookstore.comGoogle PlayKoboLibro.fm 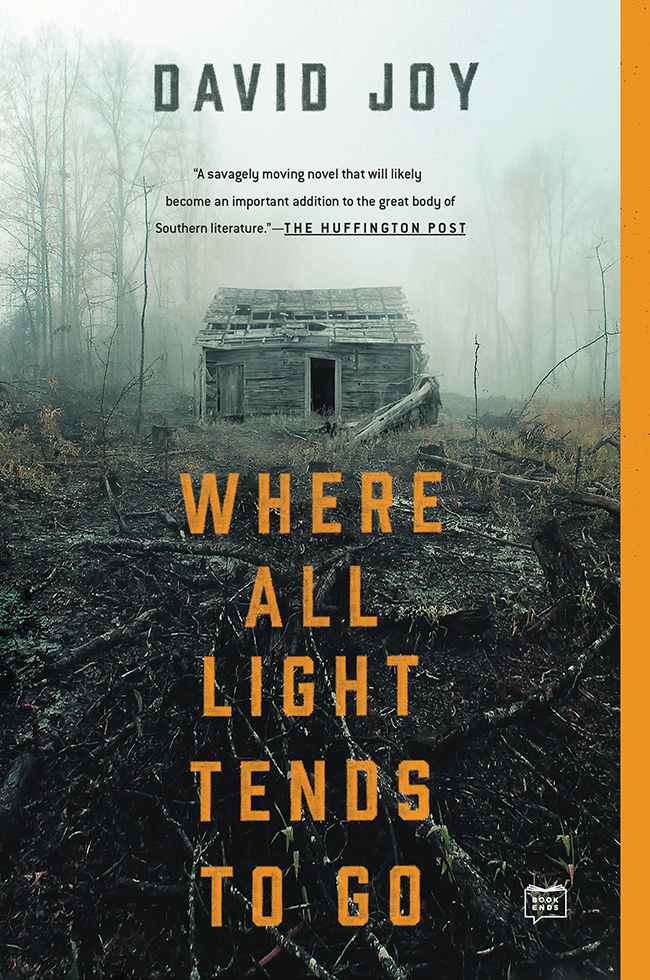 Where All Light Tends To Go
Putnam, 2015
A Finalist for the Edgar Award for Best First Novel

The area surrounding Cashiers, North Carolina, is home to people of all kinds, but the world that Jacob McNeely lives in is crueler than most. His father runs a methodically organized meth ring, with local authorities on the dime to turn a blind eye to his dealings. Having dropped out of high school and cut himself off from his peers, Jacob has been working for this father for years, all on the promise that his payday will come eventually.  The only joy he finds comes from reuniting with Maggie, his first love, and a girl clearly bound for bigger and better things than their hardscrabble town.

Jacob has always been resigned to play the cards that were dealt him, but when a fatal mistake changes everything, he’s faced with a choice: stay and appease his father, or leave the mountains with the girl he loves. In a place where blood is thicker than water and hope takes a back seat to fate, Jacob wonders if he can muster the strength to rise above the only life he’s ever known.
Available from these fine retailers:
Paperback
AmazonBarnes & NobleBooks A MillionBookshopHudson BooksellersIndie BoundPowell'sTargetWalmart
Ebook
AmazonApple BooksBarnes & NobleBooks A MillionGoogle PlayKobo
Audio
Apple BooksAudibleAudiobooks.comAudiobookstore.comGoogle PlayKoboLibro.fm 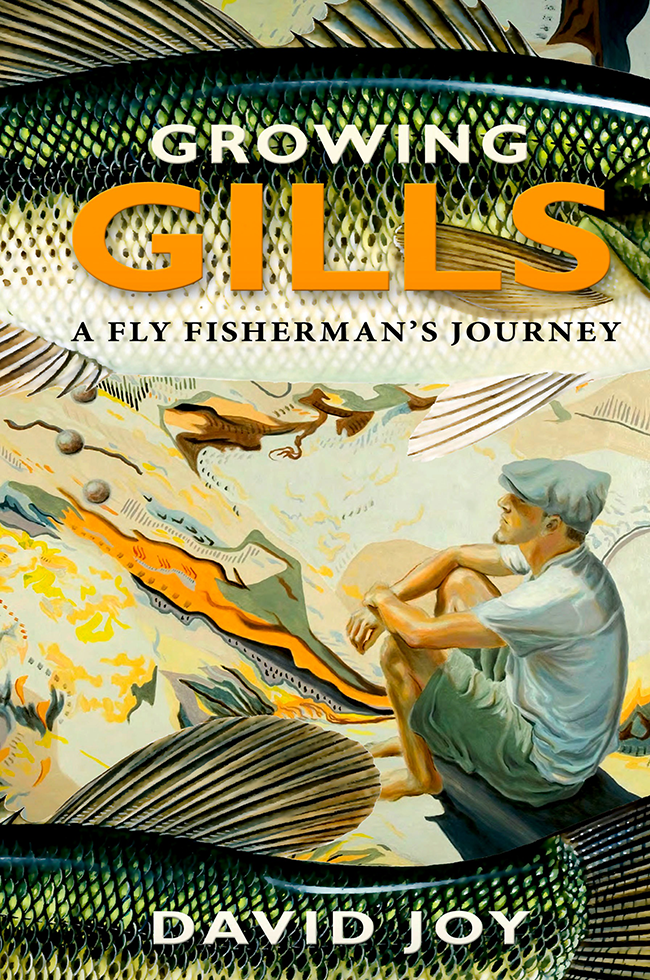 Bright Mountain Books, 2011
Delve into David Joy's obsession with fish. With a closer connection to fish than to humans, the author works to reveal why he is inherently defined by the piscine world.
Currently out of print.
Follow David on Social
Twitter
Instagram
Facebook
Goodreads
David
Joy
Information on rights, publicity, and representation.
© 2020 David Joy
Web Design & Development